This tutorial will teach you how to set up your first Convex app. Let's get building!

First, clone the convex-demos repository to get started with a simple Convex app built with React, TypeScript, and Vite.

Join our Discord community for help and feedback.

Now that dependencies have been installed you can create a new Convex project!

Finally, run the frontend in a separate terminal tab to interact with it:

Navigate a browser to http://localhost:3000 and you'll see a simple counter. The frontend is running locally on your machine right now, but the data is stored in the cloud. Click away at the button, open it up in a few browser windows, and watch the value increment in all windows simultaneously! 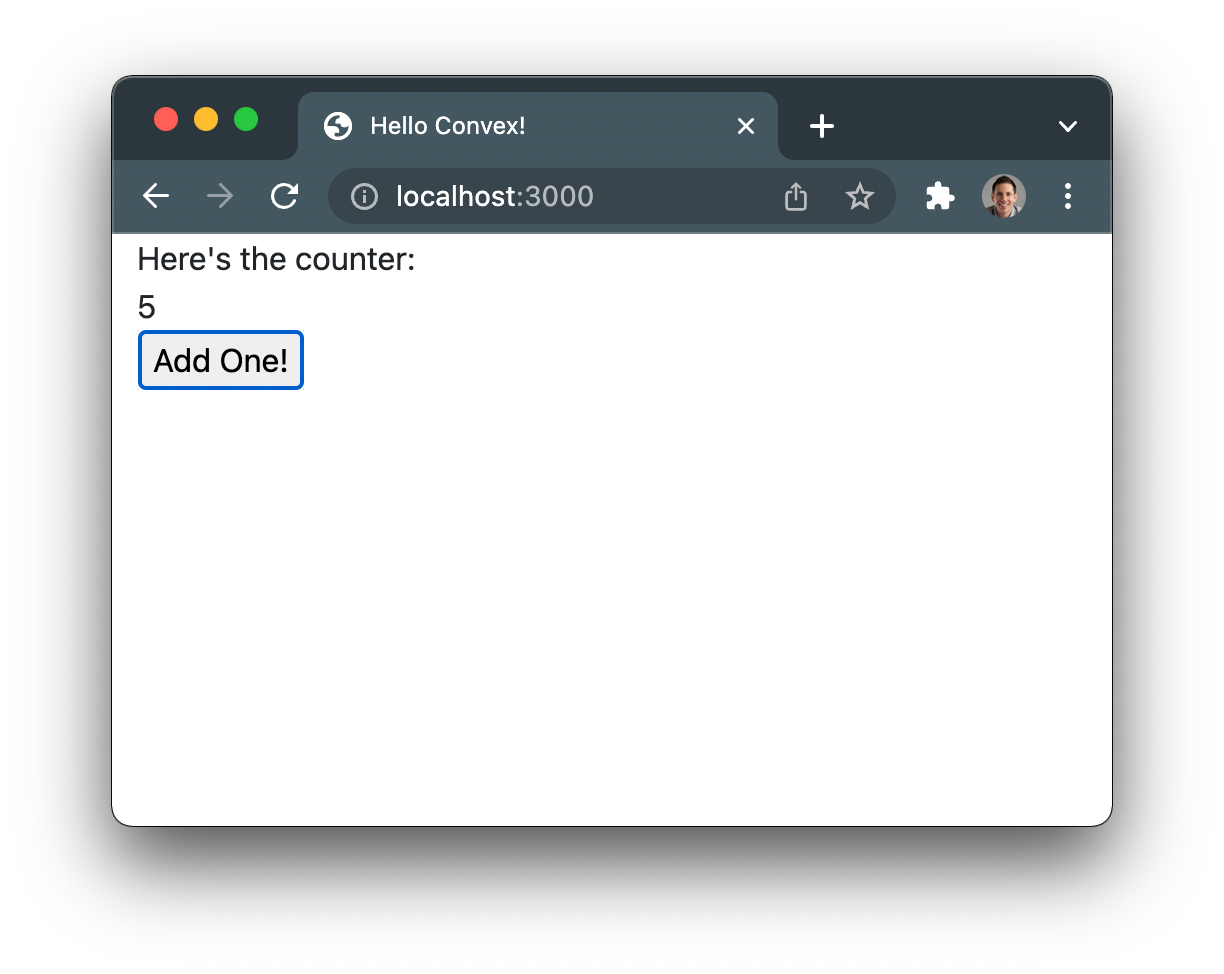 Jump to the next page for a walk-through of what's going on beneath the surface.